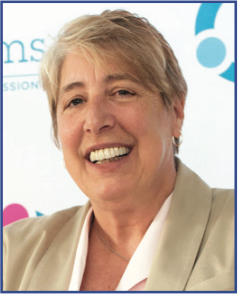 I OFTEN BEGIN MY ARTICLES BY

reminding people that 1 in 68 children born today will be diagnosed with autism. Each time I write or say this, I am still astounded by these numbers. When I began working in the field in 1982, the incidence of autism was approximately one in every 2,500 children. Think about these numbers in terms of children needing supports and services. In 2015, there were 5,286 live births in Staten Island. That means that approximately 77 of those babies will eventually receive a diagnosis of autism. If those same 5,286 babies were born in 1982, fewer than three would receive a diagnosis of autism. Even more startling are the citywide numbers. There were 116,040 live births recorded in NYC in 2015. Applying the same numbers as before would mean that 1,706 babies would have received the diagnosis, compared to only 46, if the incidence of autism was still at 1 in 2,500.

What do these numbers mean? Well, they mean that there needs to be 25 times more programs, services and supports today than what was needed in 1982. More importantly, it is critical that these services are available to children as soon as they are diagnosed. e literature is very clear- children with autism have the best outcomes if services are started as young as possible. It is for this reason that we have launched our new early childhood campaign. Our early childhood program continues to grow as the need continues to grow. We are hoping to raise sufficient money to be in our new building by the summer. Not only will this new center allow us to expand to serve more children but it will also provide us with more space to better serve the children we currently have. Please read more about how you can help later in this issue.

We are heading into April, which as many of you know, is National Autism Awareness Month. Despite the growth in the numbers of children with autism over the years, it is just as imperative that we continue to raise awareness in the community. It is important that we raise awareness of the benefits of early intensive intervention so families of newly diagnosed children will seek the services they need and do so as quickly as possible. It is important that we raise awareness of what great workers individuals with autism can be so that employers out there will give these young men and women the chance they need to succeed. It is important that we raise awareness of how complex and challenging it can be for some families on a day to day basis to raise their son or daughter with autism so people will be kind and supportive in the community. We will have many different things going on in April including our Dine Out 4 Autism fundraiser, so be sure to check out our website and social media accounts to keep in the loop.