Autism is a complex developmental disorder. The symptoms of autism typically appear in the first three years of life. It is a neurological disorder that impacts the development of language and communication skills as well as social interaction and relatedness. In addition, individuals with autism may demonstrate repetitive stereotyped behaviors, unusual responses to sensory stimulation, restricted interests and a resistance to change.

Autism is one of five disorders that falls under the category of Pervasive Developmental Disorders (PDD) which is a set of disorders characterized by severe and pervasive impairment across several areas. Asperger’s disorder, Childhood disintegrative disorder, Pervasive developmental disorder-not otherwise specified (PDD-NOS) and Rett’s disorder are the remaining four PDDs. Typically, Autism, Asperger’s disorder and PDD-NOS are referred to as the Autism Spectrum Disorders.

Recent research has revealed that symptoms of autism may be present as early as 6-12 months of age. The earliest symptoms include a pronounced lack of social orienting, failure to respond to name, and lack of a social smile. By the second year of development, there may be limited eye contact, odd or unusual repetitive use of objects or toys, delayed or absent speech development as well as a preference to play along.

Autism affects boys 4-5 more frequently than girls. There is no known cause of autism. It is believed to have a strong genetic component. In a family with one autistic child, the chance of having another child with autism is about 1 in 20, much higher than in the normal population.

Asperger’s disorder (AD) affects social development. Individuals with AD typically demonstrate significant challenges in social interactions as well as restrictive and repetitive behaviors and interests. It differs from autism in that language and cognition are not significantly affected. Although AD is thought to be present in early development, many individuals are not identified or diagnosed until they enter school, or even later. A number of individuals are not diagnosed until they are adults. As with autism, AD also has a higher incidence of co-morbid conditions, particularly anxiety, OCD, and in some cases, depression. In addition, AD also affects boys far more frequently than girls. The most significant challenge faced by individuals with AD lies in the ability to recognize or understand social cues and situations. In many cases, despite good language and cognition, individuals with AD are socially isolated and have a difficult time with employment.

PDD-NOS is sometimes referred to as atypical autism. Individuals who receive a diagnosis of PDD-NOS have some of the symptoms of autism, but do not sufficiently meet all the criteria. Because of the lack of specificity of this diagnosis, it has been difficult to conduct any research and clearly understand its course of development. It has been speculated that this group demonstrates fewer deficits as adults when compared with the more classic autism group.

Childhood disintegrative disorder (also referred to as Heller’s disease) develops between the ages of two and ten. These children typically develop normally until two or three years of age and then development deteriorates rapidly. Deterioration or regression occurs across all areas of development including speech and language, play skills, bowel and bladder control and socialization. In many cases, the child looks very much like a child with more classic autism, following the period of regression. The difference lies in the age of onset.

Rett’s syndrome is a neurological disorder that affects girls almost exclusively. Rett’s has been described as having four stages. In the first stage, the child appears to be developing normally. Typically, at around 18 months, development seems to slow down or even stop. While phase two is marked by this slowing of development, in phase three, there is a loss of skills. Phase three occurs between 12 months and three years of age. As with CDD, this loss of skills is pervasive, across language, social skills and motor development. Phase four is the learning phase. Children with Rett’s do learn skills, but do so at a slow rate. Rett’s is also accompanied by more physical problems than the other PDDs. Individuals with Rett’s have high rates of seizure disorders, difficulty chewing and swallowing, motor problems, small head circumference, problems with constipation as well as impaired circulation with legs and feet.

Estimates of the prevalence of autism continue to vary widely. While many can not agree on the actual number of children being identified with autism, all agree that the number has risen dramatically over the past 15 years. The most agreed upon numbers appear to indicate that the prevalence rate is about 1 in 500 children, and this number drops to approximately 1 in 100 when including Asperger’s disorder and PDD-NOS. It is clear that part of this increase can be accounted for by expanded definitions of ASD as well as improved diagnostic tools and better skilled diagnosticians. It is not yet clear, however, if these can explain the entire increase. Some researchers believe that an as yet unidentified contributing environmental risk factor cannot be ruled out.

Although there is no known cure for autism, there have been significant advances in the education and treatment of individuals with autism. To date, the use of applied behavior analysis within a comprehensive education program has shown the most positive results. Intervention that begins early (at diagnosis) and is intensive (20-40 hours per week) is widely agreed to be critical to promote best outcomes. Some believe that ABA is no longer useful beyond age six. This is clearly not true. There are over 500 articles published that document the efficacy of intervention for older children and adults using applied behavior analysis. The research indicates that programs working with older children and adults should focus on promoting independence, enhancing speech, language and communication, as well as the reduction of challenging behaviors. For individuals with AS and HFA, it is critical to continue to address social skills development. 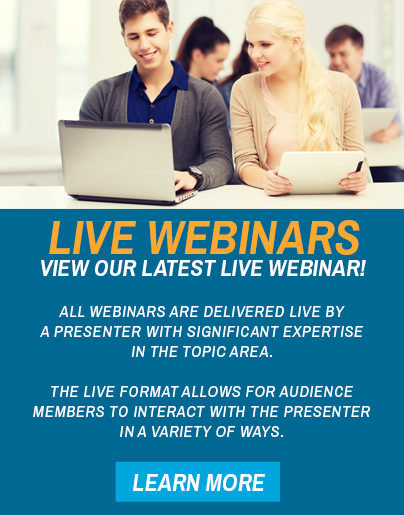